Many of the authors I know, in their story development stage, gather together ideas in the way lots of creative professionals do, by building them into a mood board. It helps to form those early inspirations into a context that creates a good story. A story – in romance that has a strong beginning middle and end, and in thrillers has a strong beginnnig, fifteen suprise deviations and a shocking end ;D .

I’ve often talked about inspirations for the settings of scenes, and the plotlines in my books but there are also inspirations for the appearance of characters. Authors cut out pictures from magazines, of the public, actors and models they identify with and pin them onto cork boards along with pictures of places and sometimes maps of fictional villages and towns. My historical story boards are in my mind, on my laptop and despersed through books. There are hunderds of photos in folders, that I’ve taken on visits to places that have inspired me, and piles of books around the house with coloured bookmarkers or peices of paper poking out of the important pages. As my fans will know, for most books I also capture some of the things I’ve used as inspirtion in accompanying Pinterest Boards. So readers can see the places, items, properties and people that inspired elements of the stories.

These images include the rooms which inspired Clio’s home and lifestyle in Hartlepool, in Entangled. Then the follies at Stourhead and Newstead Abbey, Lord Byron’s property, which were inspirations for George’s home.

But I discovered a new inspiration for characters last year that I haven’t shared here before. My husband and I live in an old cottage and after we’d built an extension decided to change the furniture in the old half of the house too. So, we started hunting for antiques. But while I was searching for antique furniture I found myself being distracted by minatures in the antiques shops. I spent ages looking into the eyes and faces of people in their small portraits. As I said last week, it’s absorbing wondering who they were and how they lived, and then they became the characters. So, I started gathering some of these images. It’s no different from choosing a face in a magazine today, really.

I bought a few minatures. But then I began just saving pictures of them, because I can’t buy them all. I have about a hundred pictures.

What I particularly love is the minatures that look like mistresses. I imagine the small paintings secreted in a gentleman’s chest pocket near to his heart :’D . He’d take it out and look at it, and show his friends to brag about his prize. You can usually spot a mistress in a portrait, even among the portraits on the walls in the large stately homes. They are painted with a coquettish air and usually exposing a large part, if not all, of one breast. I’ve said it often – the Georgian’s kept their mistresses unspoken of in polite society but in plain sight. While the Victorians pretended to be pious and hid their mistresses behind closed doors. Below is the sort of image that makes me imagine this young woman was someone’s mistresss. It’s bejewelled so I think he was very proud of winning her attention, if not her affection. And she probably came at a high price. It’s the sort of portrait that would inspire a story let alone a character. I imagine her to be a woman like Harriette Wilson – and there’s a tale of a mistress that followers of this blog know very well.

The true story of a 19th Century Courtesan ~ Harriette Wilson

This information surprised me, it is something I was unaware of, despite studying Percy’s and Mary’s life and drawing out many inspirations from their experiences for my Wickedly Romantic Poets novels. So I thought I would share it with you in case you are surprised and interested too.

Mary and the poet percy Bysshe Shelley, who she married in 1816 after a long affair, lived in Bath between 1816 and 1817 (I do know this was because Percy was hiding from people he owed debts to in London, and Mary’s family had disowned her prior to thier marriage so her father and step-mother would not offer her protection). The information below, that is on display in The Pump Room in the City of Bath, explains how scientific lectures that she attended in Bath influenced the novel that she completed during the time she lived in the city. It was quite a strange time for the couple, because Percy’s wife was found drowned in the river Thames, pregnant by another man. It appeared to be suicide. It left him fighting a legal battle to be able to see his children too, which is potentially one of the reasons he hastily married Mary. He was not a monogomous man in any context, and was potentially having an affair at the time, but living in sin was turning the odds against him and making the chances of him winning the custody of his children unlikely.

The initial inspirations for the creation of Mary’s monster are known to be linked to her father’s creation of a sinful woman, through his strong political views about the rights of women, who he then disowned. Although she was welcomed back like the prodigal son after she married Shelley (I wonder which of my books that might connect inspirations too, can you spot a similarity in the Lure of a Poet perhaps … 😉 only my poet is definitely nicer).

It does make you wonder about all these influences in Mary’s life, though, and imagine how they played out in what is a very dark story. 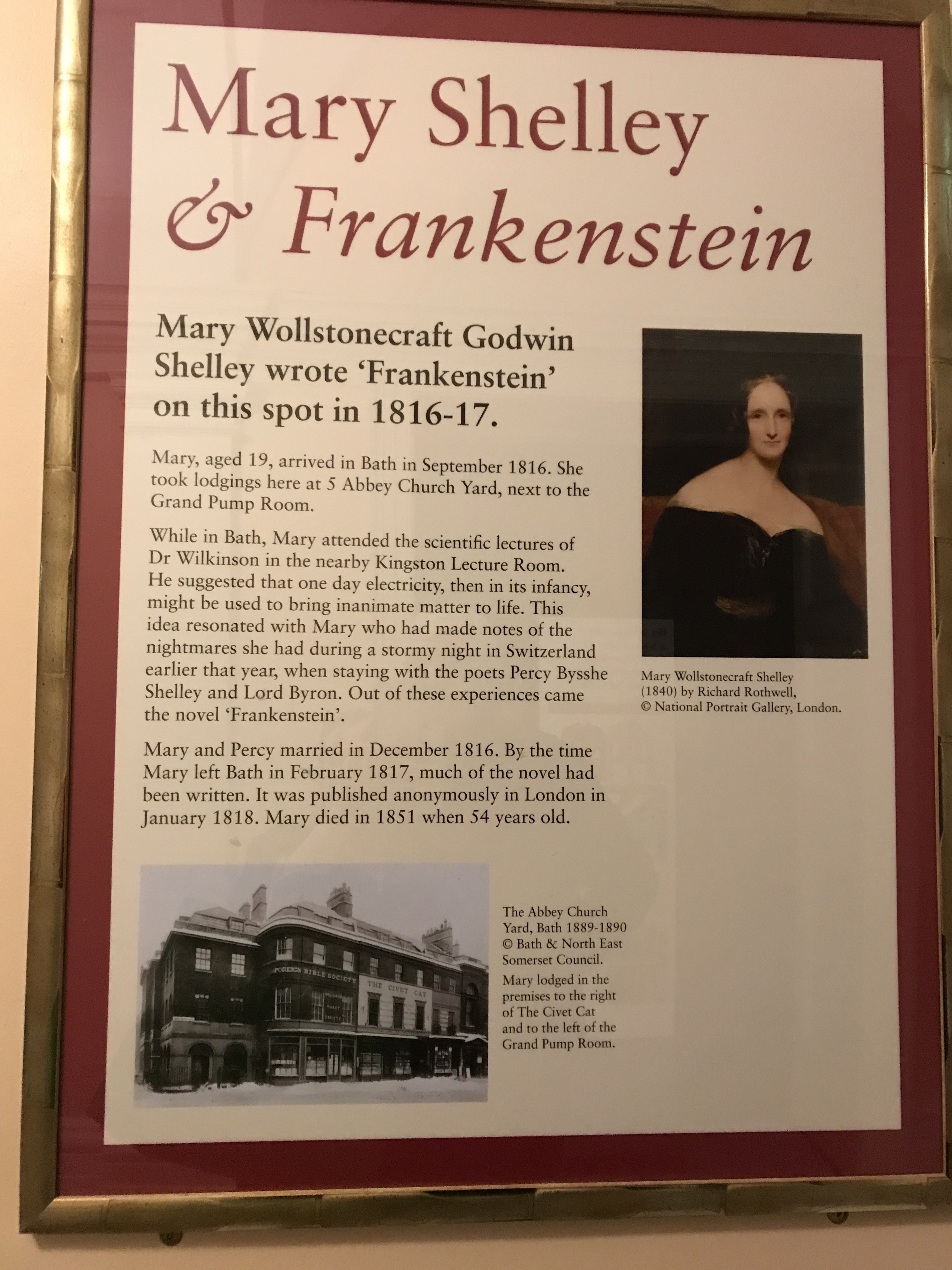