There are two periods of history which really capture my imagination. One is the Regency era the time of the true romantics, Byron and Shelley, they weren’t really romantic, they were wicked, but they liked to cast themselves as such––and their wickedness makes great stories in the form of Rochester in Jane Eyre and Wycombe in Pride and Prejudice.

The second is medieval history, especially the reign of King Stephen which I have researched extensively. This is an era of strength and courage, fighting against adversity and although you would think woman caught up within this had to be demure and silent, there are tales of women with amazing courage and a depth of strength we would be proud of today.

There is a tale of The Empress, Queen Matilda, when she is besieged at Oxford Castle in the winter. She escapes in the darkness of night in a snow storm, wearing a white cloak. She flees on foot across the frozen Thames and walks in deep snow through a blizzard to escape.

I have visited the Saxon tower that still stands on the site of Oxford castle. I could imagine the whispered conversations passing between Matilda and her men, including the Earl of Gloucester, planning her escape, deciding which way to go, where to run to.

Living on the edge of the Cotswolds reasonably near Gloucester there are numerous echoes of history of this era.

I grew up in the market town of Faringdon, two years ago the castle that Matilda’s son, defended but lost there, was excavated.

I’d always imagined it stood on the high hill at the top of the town, where the Barrington’s folly now stands. But no, it was at the foot of this, by the Thames, defending the river that they must have used for transporting things through the southern lands Matilda held against King Stephen.

On the edge of Swindon where I used to live, there is a deep dip cut into the verge beside the road, near Lydiard house where the village of Lydiard Tregoze used to stand, before it was demolished by the St John’s who wished to have parkland about their modern 18th Century home.

This unassuming dip was cut by carts and wagons and is a medieval track. I have seen the same sort of cut in Lacock, near the abbey there.

I know from study that a battle was fought in Purton and Cricklade just a few miles further on from the now vanished Lydiard Tregoze. I imagine ox’s pulling great carts heavily loaded with the wood cut for siege engines, mangonels, the giant catapults which would sling burning animals and stone over battlements. Hundreds of mounted knights and their servants carrying, tents, furniture, weapons and supplies riding in groups of two or three, discussing battle plans as they follow these compressed tracks.

In the autumn I visited Stokesay Castle, which isn’t actually a castle, it is a fortified manor. It is one of the best medieval properties I have seen. 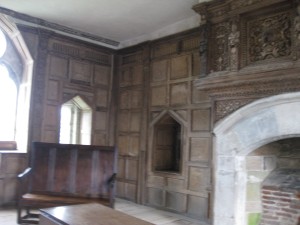 It was built in 1280 by a medieval entrepreneur, a wool merchant who was born in Ludlow. He made his fortune buying and selling fleeces. Stokesay is in the Welsh Marches, on the border between England and Wales, which is perhaps why Laurence of Ludlow applied to the king to allow the property to be fortified to protect himself and his wealth.

He built his business in Shrewsbury, had an office in London and ships that took the fleeces abroad, he died at sea when one of his wool-ships went down in a storm. He became so wealthy and influential he loaned money to and advised King Edward.

Often people imagine life in the 12th-16th centuries as limited, homes bare and life frugal. But it was not so for many, they lived lavishly when they had the money to do so. Their clothes and homes were full of bright, vibrant colour and they travelled broadly, whether it was for trade, war or politics, to establish themselves through family or business, or as part the huge pilgrim industry of the era, as people visited shrines across Britain and Europe.

The surviving wooden gate house at Stokesay is 16th Century, but the ceiling and staircase in the great hall date back to 1280. You can just picture this hall brightly painted, some of the colours can still be seen, full of people and noise as the busy household comes together to dine, sitting on trestles.

The romantics of the Regency period also saw the glory of Stokesay, it was run down in 1813 when John Britton visited Stokesay and captured it in an engraving. But it was not until the 1853 that Frances Stakehouse Acton urged Lord Craven, the then owner, to repair it and protect it from ruin. Thus it is there for us to enjoy today.

See the side bar for details of Jane’s books and Jane’s website www.janelark.co.uk to learn more about Jane. Or click  ‘like’ on Jane’s Facebook  page to see photo’s and learn historical facts from the Georgian, Regency and Victorian eras, which Jane publishes there. You can also follow Jane on twitter at @janelark 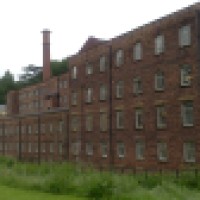 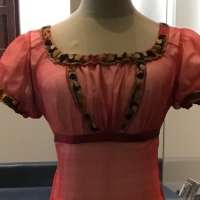