Following on from my last blog, I thought I’d explore the Assembly Rooms in Bath a little more today. Of course one of the most commonly enjoyed entertainments during the Georgian and Regency eras was gambling. Men and women gambled passionately. And ‘At Bath.’ As the historian William Lecky wrote, ‘it reigned supreme; and the physicians even recommended it to their patients as a form of distraction… Among fashionable ladies the passion was quite as strong as among men, and the professor of whist and quadrille became a regular attendant at their levées.’

A particularly well known gambler and promoter of gambling was ‘Beau’ Nash the master of ceremonies in Bath who made the city so popular. He earned £200 per year but as Sarah Scott said in 1754, when he pleaded to the public for additional support, ‘Such a small sum was full equal to his merits, whether one considers them as moral or entertaining. But there he was, and there was gambling.’ He improved his income through it. But of course it was a risky pastime and prisons were flooded with debtors, incarcerated for non-payment of debts.

Gambling was condemned in Bath from 1713 onwards when the Mayor and Justices convicted Thomas Tirell for running an unlawful Common House for Gaming with Cards and Dice. In 1731 they sought to set proclamations against Faro and other games of chance agreeing to meet and  ‘use such lawful means as may be most effectual for preventing any unlawful games within the said city.’

The Justices of Bath were not alone in their dislike of the ills caused by the popular entertainment of society and in 1739 Parliament passed an Act to prevent fraudulent and excessive gambling, private lotteries and games of Faro, Basset, Hazard, Ace of Hearts and Pharaoh. This was a blow to Bath which thrived upon its thirst for such games. One admirer of these games wrote the verse,

Bath’s as dull as Market Harborough’

Beau Nash brought E.O. to Bath and had the Assembly Rooms pay him 20 percent of their income from the game initially, but eventually they refused to continue giving him a percentage, he sued them but lost. In the end the laws were the downfall of Nash, when in 1745 a further law was passed to ban all games of chance. Thus the Earl of Chesterfield wrote in description of the full length statue of Nash in the assembly rooms;

‘The Statue place, the bust between,

Adds to the satire strength;

Wisdom and Wit are little seen,

But Folly at full length.’

The Upper Assembly Rooms, card rooms, were therefore used mostly for games of Whist when they opened in the later 1700s. Initially the Octagon room in the Upper Assembly Rooms was used for playing cards. But gambling over cards was still so popular more space was needed and an additional card room was added in 1777.

‘An octagon of 48ft diameter, has four marble chimney-pieces properly ornamented, is wainscoted, stuccoed, and ceiled nearly in the same manner as the Ball Room, and in the stucco are ornamental frames for portrait paintings. This room has two doors besides that which fronts the entrance, one of which opens to the Ball Room, and the other to the Tea Room. In this room is a fine portrait of Captain Wade, the late Master of Ceremonies, painted by Mr Gainsborough.‘ 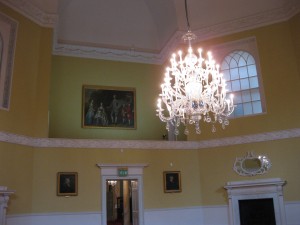 There was another popular entertainment which provided a good excuse for gambling at the Assembly Rooms, Billiards.

In 1774 there were two tables in the Upper Assembly Rooms and in the early 1800s a dedicated room was built near the entrance for Billiards.

At the Assembly Rooms in the 1820’s Mr Bentley, proprietor of the tables, developed a new shot the ‘side twist’, by striking the ball on one side. John Carr, who worked as a marker perfected the stroke and convinced his admirers the secret was to use a special ‘twisting chalk’. Thus inventing the commercial cue chalk. This was standard chalk which Carr ground down and sold in small pill boxes for 2s and 6d.

Carr then toured the tables of Europe wowing audiences and winning against his opponents at a 100 guineas a time in the style of Rawdon Crawley from Vanity Fair. Bath’s Upper Assembly Rooms also claim the invention of the ‘screw shot’. 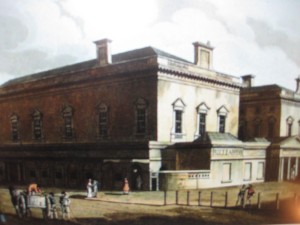 2 thoughts on “Gambling, Cards and Billiards in the Assembly Rooms of Bath” 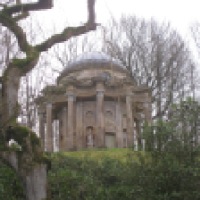 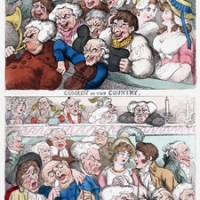 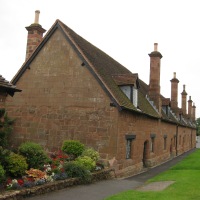 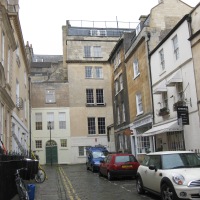