They boarded the ship after breaking their fast at the hotel and then it sailed on the midday high tide.

Considering she’d lost her mother barely a week before, there was a strange excitement inside Emerald as she stood at the rail and watched Gibraltar grow distant – as she’d watched Calcutta do weeks before. Her life had completely altered from what it had been then. And strangely even though she’d lost her mother, left her father and her home behind, she had gained certainty since boarding the ship. She had boarded it unable to imagine the life she was meant to lead in England, with a husband she didn’t yet know, in a land she didn’t yet know. She knew what her life would be now. She had found the thing she’d longed for when they’d left India. Richard. This would be her life, and India, Calcutta, would remain her home.

Her blood sparked with the knowledge – the secret they shared. She was going to go to him tonight. She would be with him again, in the darkness.

She watched Gibraltar slip away until it became only a thin dot of land on the horizon, her fingers gripping the rail as the pulse of her heart flickered through her veins.

When she could no longer see Gibraltar, she turned and looked across the deck. Mr Bishop was hovering near her, though he’d not intruded on her thoughts. But beyond him the deck was busy. There were sailors everywhere, racing up and down the rigging, unfurling sails. As the sails caught the breeze, the cloth whipped at the air and bulged.

As Gibraltar became more distant, England was getting closer. They were leaving the coast of Africa behind and then they’d sail past Europe.

What awaited Emerald there? Would Richard make his proposal in England?

She looked up at the poop-deck and saw him in conversation with Mr Swallow who was holding the wheel. Richard was hatless and coatless. The breeze ruffled his dark brown hair and as he stood side on to her she could see the leanness of his athletic figure outlined by the cut of his waistcoat and the line of his trousers hugging his thighs. Her heartbeat pounded even more strongly. She did love him. It was an overwhelming force inside her. Her eyes could not stray from him. He looked so handsome, master of his ship. Master of the world – thirty or forty offices –  ‘I lost count a while ago.’ She wanted him to make his offer now. She wanted to be his, to be with him openly, all of the time. Not hiding their affection.

“Would you care to play a game of chess, Miss Martin?” Mr Bishop must have noticed her staring at Richard. She presumed he was stopping her before anyone else saw. He suspected something between them, she could tell from his manner. But like Rita, who had woken one night when Emerald had slipped back into their cabin, it was not his place to comment.

She met his gaze, denying the reproach she saw in his expression. “Yes, thank you, Mr Bishop. I would like that.”

The Marlow Intrigues: Perfect for lovers of period drama, like Victoria and Poldark. 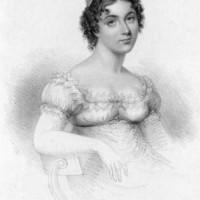