A #free short story…  I’ll be telling it here, and it can also now be downloaded from Amazon.

Once the settlement was agreed, Rupert left Rowena and Kendrick alone, leaving the library door ajar. He did not know what to think of this. Rowena seemed happy, and her happiness was what he wished for. He’d heard nothing bad of Kendrick, and yet it simply did not feel right. He looked for Meredith.

She was not in the breakfast room.

“Has Lady Morton already eaten, Owens?” he asked in the hall, glancing towards the stairs and wondering if she was still in bed.

Rupert’s brow furrowed. “In the carriage?”

“No, sir, Lady Morton received a letter and then left on foot a few moments later.”

“Did she say where she was going?”

Why had she gone out? Desolation kicked at him – to think she would go without a word to him. And then he felt ridiculous; how utterly foolish to make a fuss over his wife going out during the day.

He stood in the hall, not knowing which way to turn. Normally by now he would be preparing to go out himself, yet he did not wish to leave. He wanted to see Meredith and discuss his concerns over Rowena.

He’d not eaten yet, he remembered. He decided to do that. Then, when Kendrick left, he could ask Rowena if she knew where Meredith may have gone. Meredith should not have walked out alone. If he knew where she’d gone, he could find her, and at least accompany her home.

But Rowena did not know.

“She has no other friends, Rupert,” Rowena said half an hour later. “I can think of nowhere she might have gone. The other girls always tease her about being my charity case. No one else likes her. People have only ever suffered her presence because of her father’s money-making scheme in America. Their parents have invested with him. No one would even let her through the door, if it weren’t for the fact they had a financial agreement with her father. She is considered a necessary evil. Did you not know?”

No, he had not known. “Is that why she clung to you so much?”

Rowena smiled. “I thought you knew. I thought that was why you disliked her, too.”

“I disliked her because I thought she was using your friendship.”

“Only as friendship, Rupert. She was not even using me to get to you. Not as you think. I doubted her at first, after what happened. But she was not. ”

“I do not think she was anymore either, Rowena. But if she has no one to call upon, then where has she gone?”

Rowena shrugged. “To her father’s?”

He would go there. “Thank you. Are you going up to tell Mama about Kendrick?”

“Then tell her I’ll speak to her later.”

Rowena kissed him before she left the room. Rupert sent a footman for his hat. He felt strange today, and guilty.

He put his gloves on, and took his hat, and was just about to turn to leave, when the doorknocker struck again.

He was surprised, though, when Meredith and her father came through the door. “Meredith? I was coming to find you…”

“May I speak with you in private, Morton?” Her father gave Meredith no chance to answer. Rupert did not give the man his attention, instead he continued looking at Meredith. She was excessively pale, and she looked afraid. In fact, she looked just the same as when she’d arrived with her father at the church. Divine gripped Meredith’s arm, too, just as he’d done at the church.

Rupert wondered what her life had been like before she’d married him. He suspected she’d been as unhappy at home as he’d been in his childhood, except of course he’d had Rowena. Rowena was much younger, yet she’d been a reason to endure. He supposed Meredith’s reason to endure had been knowing one day she would marry… No wonder she had chosen to avoid Perrigrew at any cost – even to the point she would press a man who had shown nothing but disgust for her.

He looked at her father, and remembered Divine had asked to speak to him. “Of course.” Rupert nodded, gathering his wits and wondering what this was all about. He handed his hat back to the footman, and watched Divine pass his over, too.

They left Meredith in the hall and walked into the library.

“As my daughter’s husband, you have a responsibility to me, Morton…” Divine began. He went on to explain that his partner, Perrigrew, had taken the money others in the ton had invested in a diamond mine in America. There had been no diamond mine apparently, and now there was no money either. The mine had been a figment of Perrigrew’s imagination. Divine was desperate. He wished Rupert to bail him out.

Rupert listened with growing horror. He did not have the funds to save Divine from such a mess. “I cannot, Divine. If it was a lesser sum, I could help, but not when it is so much.”

“You would leave me to be thrown into a debtor’s jail then?” The man moved a pace forward.

“Divine, I cannot help you. I do not have that much to give you. All I may offer you is a smaller sum to go abroad. That is all you can do now.”

The man blanched, but it was the only way. Divine nodded. “Then it will do, and I must have it now, before word spreads.”

When Rupert signed the bank note, he knew this would create horror and bitterness among the ton; and with her father gone, it would be directed at Meredith. Yet he gave the money to Divine, gladly. He knew the whole truth now. He felt as though he finally saw all the colours which made up Meredith, not white, nor black, nor grey. As he’d begun to see on the bank of the river yesterday, Meredith was a beautiful rainbow within. Rupert thought of her vibrant amber hair, and her blue eyes; it was only right then that she should have such bright internal colour, too.

Divine did not ask to take his leave of Meredith. Rupert knew for certain, then, what he’d guessed less than an hour before; her father did not love her. His own parents had warred with one another, but at least his mother cared about him to some degree.

Rupert found Meredith in her chamber. She was alone, sitting with her legs curled beneath her on the window seat. “Meredith?”

Her cheeks were tear-stained and her eyes full of sadness as she stood. “Do you hate me once more? I did not know their deal was false. My father wrote to me this morning and asked me to come. It’s a catastrophe, isn’t it? Everyone will hate me more, and I will be an even greater embarrassment to you. I promise I didn’t do what I did to gain your fortune, I’m sure it’s what you think, but it’s not true, Rupert…”

No, he did not hate her. “Meredith.” He opened his arms, and she came into them, embracing him. “I believe you,” he reassured, stroking her hair. “I will not judge you by your father, darling. I love you and this cannot change how I feel, Meredith.”

She pulled back, looking up at his face.

“I love you,” he repeated, answering the question he saw in her eyes. He did, the feeling ran from his heart into his blood, but it was even deeper, it was in his bones, she’d become a part of who he was.

“I’m very glad you had the sense to force me into this, Meredith.” He kissed her. He was happy, and Rowena would be happy too.

Meredith kissed him back, her arms slipping about his neck.

When Meredith attended Lady Micham’s ball that evening, she was so happy she felt as though her heart would burst with joy.

They arrived fashionably late, and just in time for a waltz, and as Lord Kendrick led Rowena away, Rupert asked Meredith to dance. She looked into his hazel eyes, which shone as deep and as thick as honey, and saw love. He loved her! He’d said he loved her!

As they danced, he held her gaze the whole time, while a slight smile curved his lips and creased the skin at the corners of his beautiful eyes. There was no arrogance or anger within him anymore. It was as though he’d been a closed bud that had now bloomed into life.

“I love you,” she whispered up at him as he turned her.

His smile broke wider, parting his lips. “I love you, too, Meredith. And thank heaven that you captured me…”

She laughed. She was going to make him happy for the rest of his life. She vowed it to herself and to him. She would always love him.

Let me know in the comments below if you would like me to share another story here on my blog, this one would not be linked to the Marlow Intrigues series and not published anywhere other than here though, it is a lot longer, so the excerpts would have to be longer too but it would purely be in installments…

‘The Illicit Love of a Courtesan’

To read the full Marlow Intrigues series, you can start anywhere, but this is the actual order

The Lost Love of Soldier ~ The Prequel

#1 The Illicit Love of a Courtesan

#1.5 Capturing The Love of an Earl ~ This Free Novella

#2 The Passionate Love of a Rake

#3 The Scandalous Love of a Lord

and, yes, there are more to come 🙂 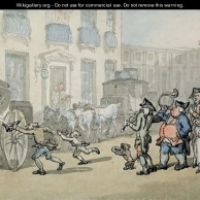